We'll teach you all you need to pay the bills from the comfort of your home.
Learn IT
PHP professional, $7000 a month. Like the sound of that? We'll get you there for $120.
PHP e-shop course
Master Kotlin Basic Constructs!

In the previous exercise, Solved tasks for Kotlin lesson 5, we've practiced our knowledge from previous lessons.

Are you looking for a quick reference on null safety in Kotlin instead of a thorough-full lesson? Here it is:

Declaring and printing a nullable variable:

Working with a nullable variable safely using a condition:

Forcing the value of a nullable variable using the !! operator (unsafe):

Are you looking for a quick reference on creating a Java SE project in the NetBeans IDE instead of a thorough-full lesson? Here it is:

In the previous lesson, Solved tasks for Kotlin lesson 5, we learned how to write less code using loops. Now we're going to finally explain the concept of null safety, which is very important in Kotlin. We'll talk about what all the exclamation marks in source code mean. We've already stumbled across a few, and although it may be a little complex concept to start with, it's better to understand at least a little bit what it's all about.

Programming languages must somehow deal with a situation where a variable has no value. We often encounter this problem with functions which hasn't been executed properly. For example, if a number couldn't be retrieved from the console, the output shouldn't be a number but rather an "empty" value. If Kotlin returned the 0 or -1 value in this case, we wouldn't be sure whether the number indicates it wasn't possible to read it or the user had entered 0 or -1. For this purpose, a special null value was introduced, which safely indicates that a variable is empty.

If we create a standard variable in Kotlin, we can't assign the null value to it:

That's because someone may not be expecting null there. In order to assign null to a variable, we must declare the variable as nullable first.

A nullable type can be seen as kind of a box that wraps an ordinary variable. The box always exists, but when opened, the value is either there or it's empty. To create a nullable type, we place a question mark ? after the data type of the variable. Let's try it:

The code was compiled successfully and the maybeNumber variable is now empty, even though it's a number. That sounds good, right?

There's however a problem that a lot of other programming languages failed to deal with. We shouldn't be able to work with the maybeNumber variable as with a normal variable. If we wrote:

and the program would be compiled, it could cause a runtime crash in the case of maybeNumber being empty. Of course, we can't multiply "empty" by two. If we tried to write such a program, you'd find that it won't compile. Similarly, Kotlin wouldn't let us access a method or property of a nullable type. You can try yourself that the following code won't compile because of printing the second string's length:

The mechanism checking how we use nullable type during the compilation is called null safety. There are several ways to use a nullable variable. Let's try them out one by one.

Let's start with the most silly one which we've been already using in this course, so that the amount of information wasn't that overwhelming. Using the !! operator we can degrade Kotlin to the level of older languages such as e.g. Java and bypass the null safety checking. Everything will work unless the variable is null:

If it's empty though, the whole application will crash:

Since we wouldn't even notice this mistake during the compilation, we won't be using the solution with !! much.

A bit smarter solution is to work with nullable types in a condition checking the null value. Since we can avoid application crashes like this, Kotlin will allow us to compile the program:

You surely guessed that there are better solutions then writing null conditions over and over. Using the ?. operator (question mark, dot) we'll either get the given property or null will be returned if the variable is empty.

If we used safe calling together with the let keyword, the code in the braces would be executed only if the variable contains a non-null value:

The it keyword in the block contains the value. If maybeNumber was null, the program would compile and the printing wouldn't be executed.

We only use this functionality if we want to ask through a chain of properties, for example:

The expression above will either return the name of the school principal (the supervisor of the student's teacher) or null if any expression part is empty. We save a lot of conditions like this, but we have to remember that we still end with a nullable type, even it's just one.

We could safely assign like this as well without the need for additional conditions: 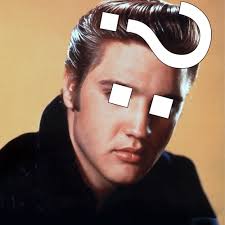 I don't think it's necessary to explain the name origins here

We use Elvis along with the ?. operator. It let us ask whether the value in a nullable variable is null and use a default value instead. Again, let's try it on our example:

On the right side of the Elvis operator, we can also use return or invoke exceptions (see further courses).

For each way of handling the null values, when the value is null, other expressions (methods) meant for the non-null scenario, won't be executed.

In the next lesson, Arrays in Kotlin, we'll talk about arrays.

User rating:
No one has rated this quite yet, be the first one!
I'm intereseted in JVM languages and Swift
Activities