We'll teach you all you need to pay the bills from the comfort of your home.
Learn IT
Want to work from home? We got your back!
Learn IT
Master ASP.NET Core MVC Basics!

It's no coincidence that most apps nowadays are web apps. Mainly because web applications have many advantages over the classic (desktop) ones. The technology is more standardized and portable, and they usually generate more money and gain many more users.

In order to understand all of these benefits, let's take a small step into the history and origins of web applications.

When computers first began to spread amongst people and companies, they were really expensive. It was unimaginable to have a personal computer for each employee. For that reason, companies would only buy one central computer (which was substantially powerful for those days) and connected several keyboards and displays to it. All of the employees would work on the same computer at the same time. 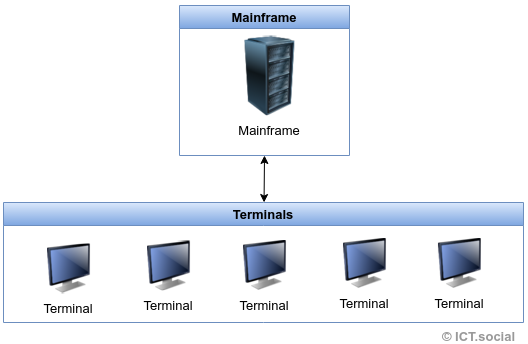 The benefits of this architecture are:

Of course, there are also a couple of disadvantages:

Mainframes are rarely used nowadays, but there are still some corporations out there putting them into use.

Later smaller businesses and even households began to purchase computers, as they became cheaper. Everybody could afford to have a personal computer. The mainframe era ended and every employee, or just overall user, had his/her own computer with his/her own applications.

Back to the word processor example, each user has his/her documents and processor on his/her own computer (desktop).

The benefits of desktop applications are:

As the Internet expanded, lots of static websites were created. Such HTML pages are simply saved on the server. When the client (the user with a web browser) sends a request to the server, the server simply responds by sending him/her that exact page. We call this architecture client-server. 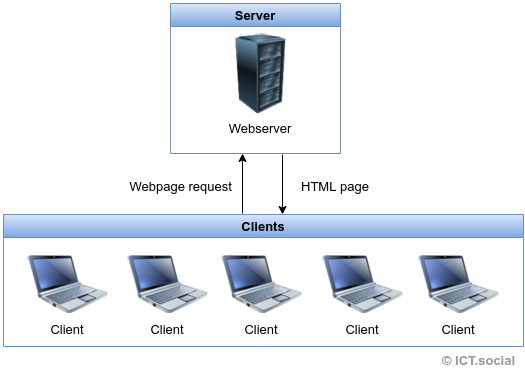 As you may have already noticed, this architecture looks a lot like a mainframe. Let's go over its pros and cons:

The only disadvantage is that the server can only send static HTML files. There is no way to send data to the server and get a response based on that data. For example, sending your opinion in a discussion, voting on a poll, or to displaying what day it is.

After the huge spread of the Internet and web pages, people started to look for ways to add dynamic functionality to their websites. These attempts went so far, that nowadays we're able to achieve the same behavior on our web application as we would on our desktop apps. For example, the desktop version of MS Word, and the Office 365 or Google Docs web applications. We call these websites web applications.

The way web applications work is mainly through the client requesting specific documents from the server. Whereas on the server, there would be a program running that generates HTML files based on the user's request. The website would no longer be a simple file on the server, but a dynamically created version of itself each time a client's requests it (based on the actual request). The ASP.NET technology allows to run such scripts on the server.

All of the data is stored in a database, where the web application (an IT e-shop in this case) has an administration interface through which employees are easily able to add new products, edit prices etc. If all of that data wasn't stored in the database, each product would have to have its own static HTML file (which would make it extremely hard to manage the pages). Also, without databases, there would be no way to filter products by price or write reviews about the products and so on.

Now that we've covered how dynamic websites work and also showed a short example, let's go over the pros and cons of web applications:

We can see that web applications are the future, and being able to create them is a great advantage when looking for employment.

The only disadvantage worth mentioning is that their development is a bit more difficult than the development of desktop applications. Mainly because the Internet was originally designed for static documents, so there are some limitations that we will have to workaround. However, web technology is ever-improving and a lot of things are way easier to do now than before. Mainly thanks to new web standards like HTML 5 and CSS 3.

That would be all for the introduction, next time we'll create our first web application. We recommend starting with ASP.NET Core.