Thanks to retraining, Marek is now a project manager

After 12 years, Marek decided to broaden his horizons through retraining. He realized that IT knowledge was as important as knowledge of a foreign language. And even though his request for retraining was denied for the first time, he did not let himself be discouraged and went after his dream. Today, he is a successful graduate of the retraining course Web Application Programmer and oversees projects. How did he do it all?

He wanted to know more

After a secondary private art school in Písek, Marek pursued his career as a graphic artist for quite a long time. He has experience with processing advertisements according to image and text templates into digital form), and as printer, graphic artist, or production manager in the graphic department of the Austrian holding. 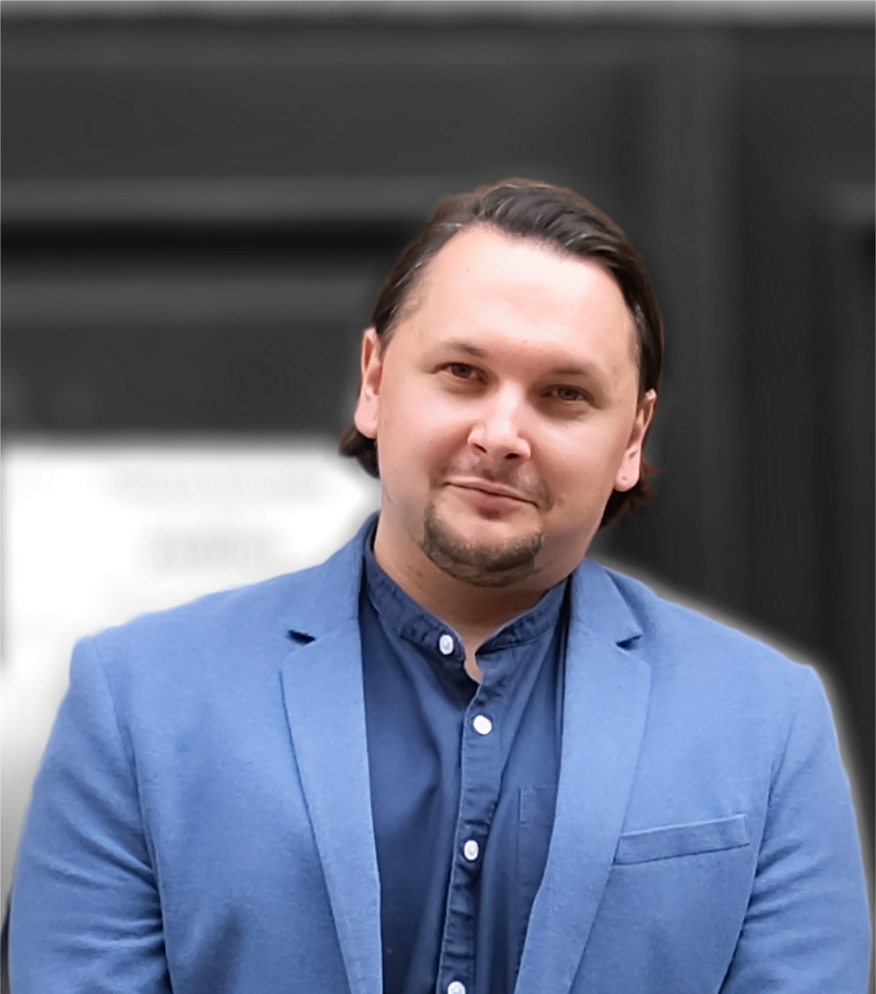 So he worked closely with various programs all the time and had to have at least user skills and experience. He says: “ After 12 years in advertising and graphics, I decided to add a new form of display to my broad portfolio of experience. ” No wonder.

In the uncertain time we have all experienced in the last year, Marek decided to apply for retraining and thus secure a career in a promising IT field, where advertisements with job offers, during the pandemic, only increased. Unlike in other fields.

Because he had at least the basics of HTML from school before the course, he thought that his application would be approved without any problems. The opposite was true. Only the second application passed through the approval committee, where he had to outline his plans for the future.

When everything was communicated with ICTdemy and the Job Office, Marek finally started working on his new career.

The beginnings of the course were downright exciting, in a good way. From the first moment, I knew what I wanted from the course and where I would use my knowledge.

As for the form of study, as it took place during government restrictions, the lessons were held online. Although it was more than a non-standard procedure, Marek approached the curriculum responsibly. Over time, he appreciates the lecturer's efforts to arouse interest in the issue. And that it had to be complicated at times. " The concept and content of the course were complete for introduction to PHP programming. And the whole ICTdemy site is full of information. I have used and will use other courses on the web. "

So did the course meet his expectations? "Yes, of course, without a doubt. Everyone has a different pace of learning and understanding. I am very grateful that I have access to the sections of the course and can look there at anything any time. "

After the course, Marek responded to advertisements looking for graduates with knowledge of HTML, CSS, or the basics of PHP, Figmy or Adobe XD. He didn't want to focus purely on the back-end, but if possible combine his graphics experience with programming. Fortunately, he succeeded. Today he works for an association focused on destination tourism and the development of the potential of the environment.

I work as an administrator of an extensive information website, e-shop, project manager, and a complete visual page of projects. I've also created a few simple sites for myself and the neighborhood.

You can see its capabilities, for example, on the MARS + page. And he modestly adds that he knows he still has some way to go. But he's glad he was able to create something like that. He himself emphasizes that without the knowledge of the course he would not be able to administer the website and communicate with the back-end supplier of the e-shop application.

What else is he planning?

Because he has many plans, such as launching a content management system, he keeps returning to ICTdemy materials. Among other things, he is currently working on JavaScript, because he hopes to be able to create beautiful, elegant, and professional front-ends soon. He obviously cannot deny the graphic designer inside. And of course, being an experienced back-end and front-end programmer brings some attractiveness to potential employers.

I recommend ITnetwork to everyone I meet.

How would he motivate someone who is just deciding to retrain and is hesitant? " There's a difference between whether you have to, you don't know what to do next, or you want to retrain. But it all makes programming a good and clean craft. "
All articles in this section
Blog
Article has been written for you by Vlasta Řenčová 10/5/2021 7:48