Yuriy used to be a surgeon. He also tried work in the radiodiagnostic (X-ray, SONO, computed tomography) and internal medicine departments. Why did he quit his job in medicine and decide to study programming? And how is he doing? 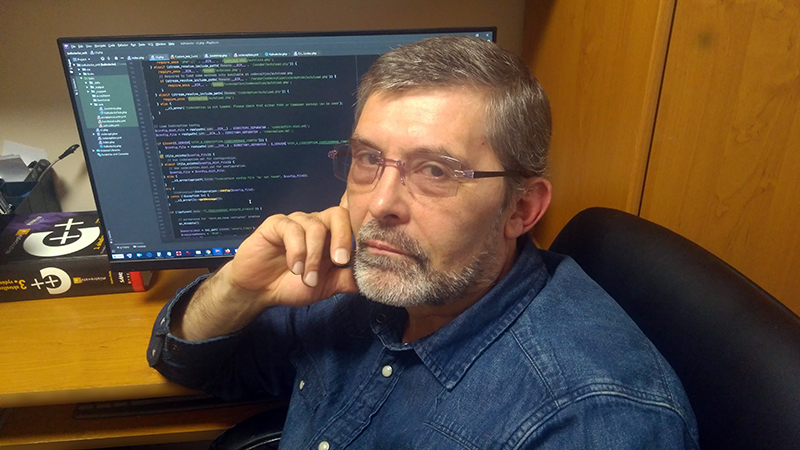 In time, he and his brother decided that they would like to visit abroad. "My brother and I wanted to go to America first, we had never been abroad before. We finally decided to visit the Czech Republic, my brother got married, got a permanent residence, and then we stayed here. "

Yuriy worked for a long time as a surgeon in a hospital in Ukraine. Over the years, he has tried various professions in the Czech Republic - an internist, a doctor of the radiodiagnosis department, but also a sales representative (EDB), a translator and interpreter, an art painter. But none of what he tried was quite right.

I just made the wrong choice of field, "he says a little sadly, adding:" I ended my career in the health industry at 40. I don't miss it. I operated on 200 or 300 gall bladders, not counting the appendix. At first I enjoyed it, but then it was still the same, no creative activity.

From medicine to programming

Yuriy had to drive to work. In time, he was promised a place closer to his apartment. "I didn't like commuting anymore. I was promised another place, but it didn't work out, so I went to a programming course for the first time. It was 2006. "When Yuriy tells me this, he doesn't seem to regret anything.

One has to do what one enjoys, otherwise, it doesn't make sense. Because then you come to retire and you want to be poisoned all your life. 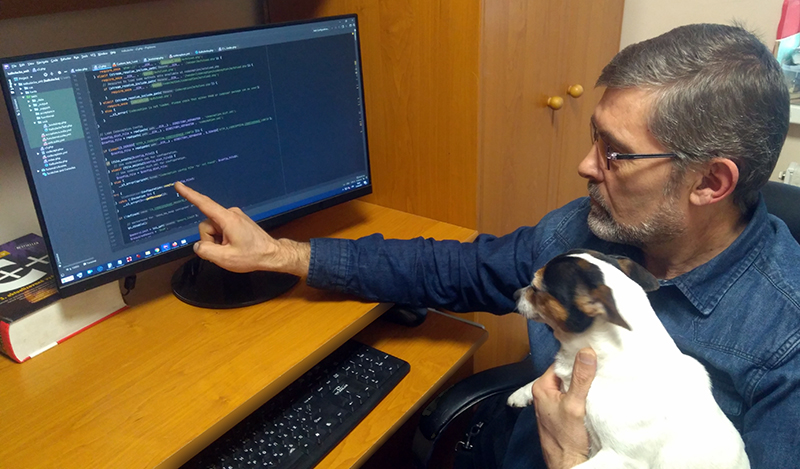 "I needed to learn OOP in PHP"

I asked how Yuriy got to the courses on ICTdemy, he simply explains:

A lot has changed in programming since 2006. I followed new trends and needed to learn OOP in PHP. I tried to study it a few times, but it was not possible without a systematic approach. And that's exactly the approach I discovered when I signed up for ICTdemy. The course is understandable even for beginners and well-structured. "

It also goes through the Labor Office

Yuriy has been in the course since March 1, 2021, he has already completed half. "I could have paid for it myself, but if there is such a possibility, then why not use it. I have been registered on ICTdemy for a year and I liked it. I got exhaustive answers. "

I always looked for answers on the net here and there and there, but it seemed to me that ICTdemy is the most perfect on the (Czech) market.

Nothing has been a big problem for Yuri so far, he says: "I like logical thinking the most. In the PHP and JavaScript programming languages, you just sit there, walk the dog, walk it, and keep walking and thinking about how to do it. I enjoy solving it, straining my brain. "