Economist Jakub became a programmer with a business focus

This time I talked to our student Jakub Černý. He graduated from the University of Economics in the 1990s and remained in the economy field until 2019. At that time, he left on his own, and soon after, the world was gripped by the coronavirus crisis, during which Jakub could not find a job in the labor market. Experienced, educated, and yet ... At that time he took it as a sign and became interested in retraining. As he emphasizes, he found all the information and documents himself. Why did he leave his original job? What led him to IT in the first place and what advice did he share during the interview?

How it all began? 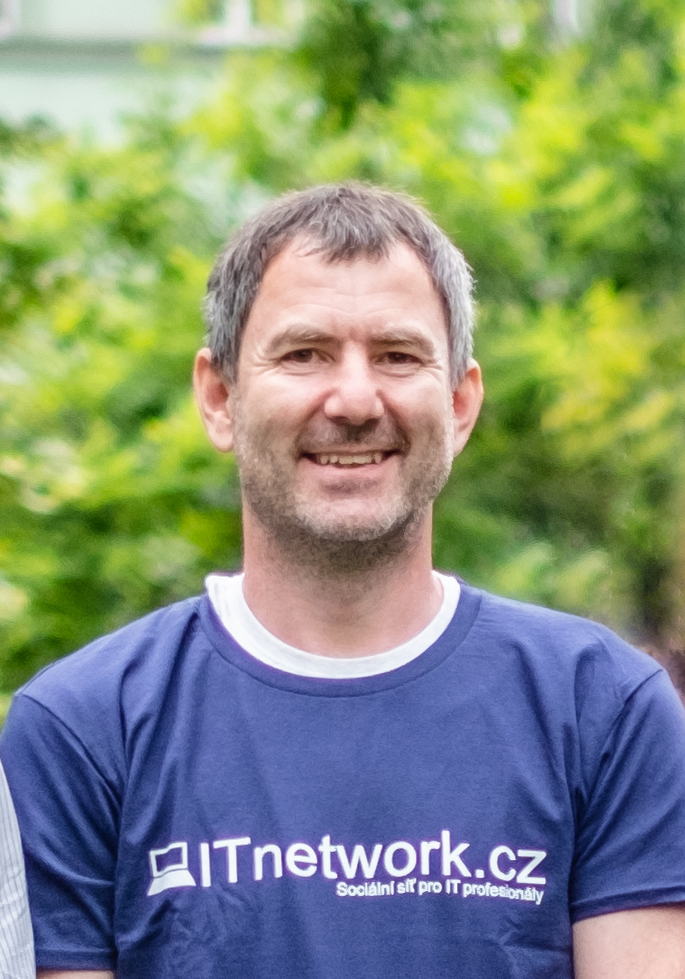 Hi, Jakub. Tell me something about yourself first. What kind of university have you graduated from?

I graduated from the University of Economics in the 1990s with a focus on financial management and corporate finance. I already worked during school and made a living from it until 2019.

Where did you work until now?

I worked in a bank. I resigned before the coronavirus broke out. Then I had no job. So I thought I would try it in IT because there was a lot of interest in them and basically, there were no fluctuations even during that coronavirus.

Why did you leave there and how long have you been there?

Well, I left at the end of 2019 and spent the last 17 years there. Somehow I felt that the job wasn't giving me anything anymore, and I didn't give anything anymore to the bank as well. Another reason for leaving was the arrival of a new manager, with whom I did not get along as much as with the previous one.

I felt that my job was not giving me anything, and neither was I. I've spent the last 17 years there.

Have you thought about retraining from the beginning or did something force you to do so?

At first I tried to find a job in my field, but I didn't succeed at all. Most likely, coronavirus was behind it. Coronavirus made me a very thick line across the budget and really got a lot involved with the job market. There were no personal interviews at all and it is not easy to impress someone by phone. I sent out a total of about 50 CVs, including cover letters, and almost no one answered me. Whether I was overqualified or already unpromising for them in terms of age ... I don't know. So I decided to try it in a new field.

Exactly. I wanted to broaden my horizons somehow because I had never been able to do that before. I was very interested in what it's like to program. Just create something. Like a website. I see great potential in IT. Every company today should have a website and contact with clients or make information about the outside world known about themselves. If the company doesn't have anything like that, then it's quite difficult. In addition, the demand for programmers was quite high even during the pandemic.

How did you come across ICTdemy?

I came across ICTdemy while looking for retraining courses. Just on the internet. I also found some commercial ones, but they were quite expensive and more for advanced programmers. They also did not have accreditation from the Ministry of Education, Youth and Sports and it seemed that it was not even in Czech. 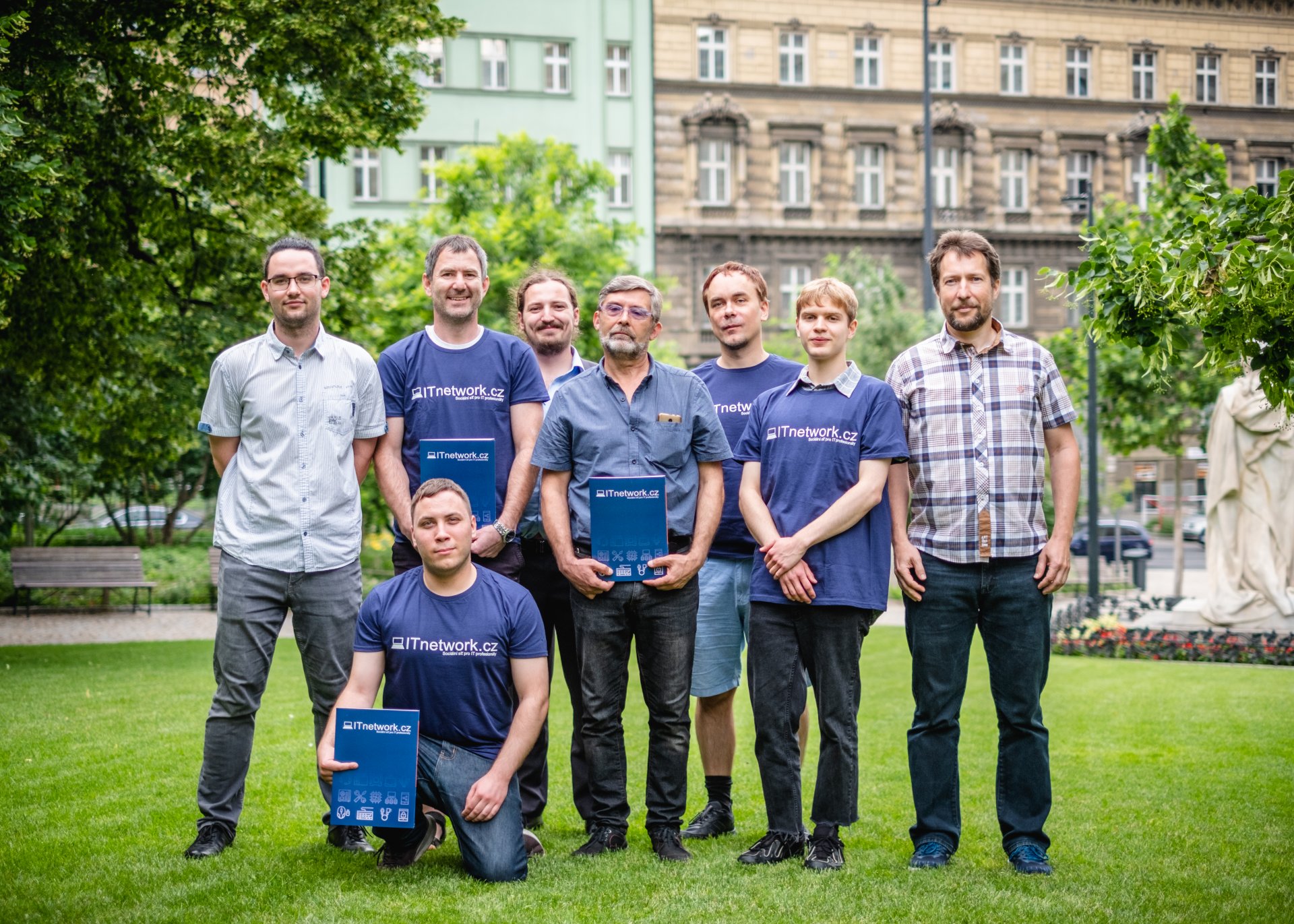 Payment of retraining by the Labor Office

How was the application approved by the Labor Office?

The Labor Office didn't help me with anything then when I became interested in it. On the contrary, the lady behind the counter even discouraged me. That it's complicated and such. But these things will never discourage me. I found the appropriate form, with the help of ICTdemy, and sent it to them. As soon as you send it to the office, it is their duty to respond. Finally, they called me from the regional branch of Labor Office about two weeks later and invited me for an interview.

What were you talking about?

We discussed my profession and whether I really exhausted all opportunities in the job market. They also wanted to know what I was planning after retraining. I had to have it all documented and, above all, have the promise of work. Fortunately, I got it from a friend who wrote it to me and printed it on letterhead. Then a commission sat in the office and it approved the retraining course for me.

Did you have trouble with anything else?

Outside of the approval process, probably with the curriculum. I mainly struggled with how to handle the morning. The children were using computers. There was nothing I could do. Just wait. It wasn't until the afternoon that I gradually began to bite through it.

From the beginning, I really struggled with the curriculum. But I just don't give up. I have a bulldog nature. I complained to Michal (ICTdemy retraining specialist) several times how terrible it is (laughs). He always supported me and maybe even told me to skip something and come back to it later. Gradually, I got into it. At first, it was a problem for me to understand the language in which e-learning is written. It was completely new to me and I had to read some of the courses several times completely before I understood. In the end, I got through everything and was admitted to the retraining exam.

What would you say was the hardest part of the course?

The most difficult thing for me was probably OOP. I've definitely read that at least three times.

What was your motivation to overcome it?

I just wanted to finish it successfully. I thought that if I started the course, I would finish it too. But of course, there were times when I wanted to cough it up. I will not lie.

When I start the course, I will finish it too. I just wanted to finish it. But there were times when I wanted to cough it up.

Did the course meet your expectations?

He must have met my expectations. I have the basics, but I still have a long way to go. I probably wouldn't be able to create a beautiful website or e-shop on my own right now. But in order to have some awareness of programming, yes. I have to develop it intensively for a year now, for example.

At IT, I also like that there are many ways and ways to continue my education. It is a very dynamic field and the companies themselves invest a lot of money a year in various training programs.

What are your plans for the future?

At the bank, we often said: Business is IT. IT is business. One cannot work without the other. And because I'm close to the economy, I'd like to take this path.

Would you recommend ICTdemy to others?

It definitely helped me to pass the exam. I had time to devote myself enough to everything. I think ICTdemy graduates have a better foundation than in other courses. I definitely think I've learned more here than I'd gain elsewhere.

I think ICTdemy graduates have a better foundation than in other courses. I definitely think I've learned more here than I'd gain elsewhere.